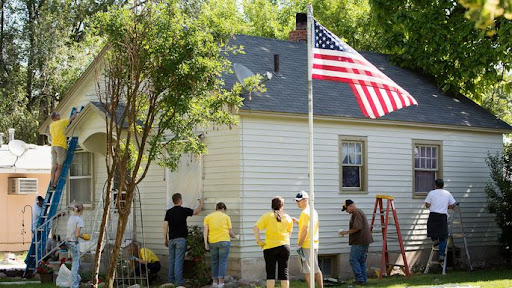 President Trump to Americans: Happy National Homeownership Month Hill Street Studios/Getty Images In honor of National Homeownership Month, which begins today, President Donald Trump  has committed to helping hard-working Americans become homeowners. This year's theme is "Find Your Place in a New Era of Homeownership." The president pledged to strengthen the middle class by reducing rules and regulations, cutting taxes, and ending unnecessary government spending. "For generations of Americans, owning a home has been an essential element in achieving the American Dream," Trump wrote in a proclamation . "Homeownership is often the foundation of security and prosperity for families and communities and an enduring symbol of American freedom. "These policies will unshackle our economy and create and su
Post a Comment
Read more 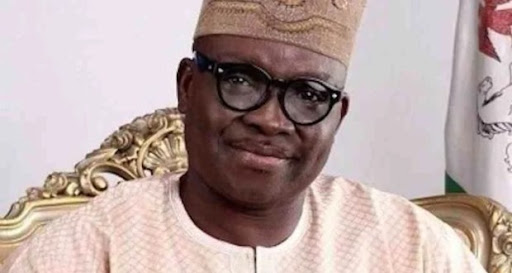 Home   »   News   »   Ekiti disburses N1bn as housing, car loans to workers Ekiti disburses N1bn as housing, car loans to workers This Day   reports that the Ekiti State Government has disbursed over N1 billion as housing and car loans to workers in the state public service since the inception of the Ayodele Fayose-led administration about two and a half years ago. The state Head of Service (HoS), Dr. Olugbenga Faseluka, who made this known in Ado Ekiti on Monday, said that over N413.18 million was disbursed as housing loans, while N696.87 million was disbursed to 2,997 workers during the period. According to him, while the housing loans were disbursed in tranches, the car loans, which range from N80,000 to N1.5 million depending on the beneficiaries’ salary grade levels, were disbursed in full to the benefitting workers. Faseluka said that Governor Fayose also recently approved the reintegration of the workers in the state public service into the National Housing Fund
Post a Comment
Read more Home   »   News   »   Chime denies ejecting PDP from property to make way for APC Chime denies ejecting PDP from property to make way for APC Posted by:   Esther Adeniyi   in   News ,   Real Estate   June 6, 2017 0 The Guardian   reports that former Governor of Enugu State, Sullivan Chime has denied ejecting the state chapter of the Peoples Democratic Party, PDP from his property to make room for its eventual occupation by the All Progressives Congress (APC). He was reacting to reports that he asked the state chapter of the PDP to vacate his property on Ogui junction, which served as the state secretariat for about seven years. It was reported that the ejection was part of the plans to pay his former party back for the frosty relationship they had had since he left office two years ago preparatory to his eventual movement to the APC. Following the development, the state PDP had temporarily moved into the Association of Local Governments of Nigeria (ALGON) secretariat
Post a Comment
Read more

#Nigeria has performed poorly in #housing the poor, says Okunnu Home   »   Interviews   »   Nigeria has performed poorly in housing the poor, says Okunnu Nigeria has performed poorly in housing the poor, says Okunnu Posted by:   Esther Adeniyi   in   Interviews ,   News ,   Real Estate   June 5, 2017 0 “Although Nigeria has recorded some milestones in her democratic experience since 1999, providing affordable housing for the teeming population has continued to be a major challenge. In this interview with BERTRAM NWANNEKANMA, the former Federal Commissioner for Works and Housing, Femi Okunnu, gives an insight into on how the country can mitigate her housing challenge. He also dismisses the choice of May 29 as Democracy Day, insisting that October 1, 1960 remains “an important date in the nation’s history.” Excerpts: Nigerians recently marked the Democracy Day on May 29 amid several challenges, how do you rate our experience so far? The so-called democracy day is nothing to me. The important date in our history is the day Nigeria gaine
Post a Comment
Read more

My Experience With A Dirty Landlord – Susan Johnson | #SYL 2017 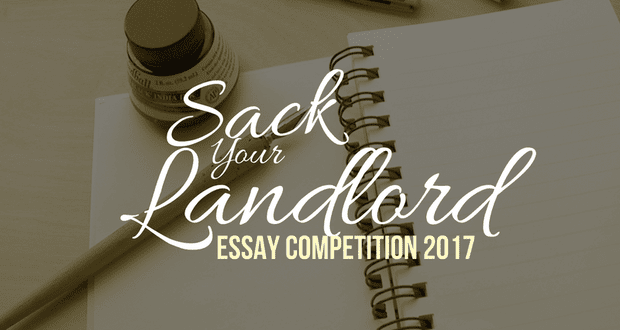 5 Signs It’s Time You Break Up With Your Landlord 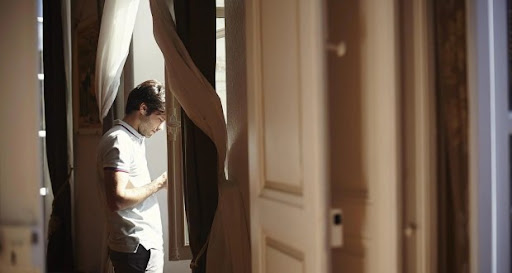 Home   »   Real Estate   »   Articles   »   5 Signs It’s Time You Break Up With Your Landlord 5 Signs It’s Time You Break Up With Your Landlord Posted by:   Lekan Olofinji   in   Articles ,   Landlord/Tenant Matters ,   Real Estate ,   Society Do you know many tenants live in their rented apartments discontented, yet can’t show their landlords their discontentment? Well…it is normal to feel disconnected from what isn’t entirely yours. This article lists 5 signs it’s time to break up with your landlord. Just as it is with every relationship on earth, your landlord is usually all nice and dandy at first, but don’t be deceived. Things can change in the twinkle of an eye. All of a sudden your landlord can become insensitive, annoying, irresponsible and even evil all at once. Whether your once-upon- a- time nice, responsible and kind-hearted landlord has turned a devil overnight, even if he is like family to you, everything that has a beginning does come with an end. Here
Post a Comment
Read more
More posts